An increased focus on the health and fitness benefits of walking, as well as how it can add to the enjoyment of a round, has helped to attract new players and boost business at facilities like the Hancock Golf Course in Austin, Texas, where becoming walking-only is credited with boosting rounds 82 percent in 2020 and another 18 percent this year. Similar gains have been seen at Atlanta’s Bobby Jones GC, where walking golfers now represent 74 percent of rounds played.

There is a new movement afoot in recreational golf: walking, The New York Times reported.

In swelling numbers nationwide, many golfers are spurning golf carts and instead choosing to stride or stroll from shot to shot, The Times reported. The preference for walking has contributed to a substantial rise in rounds played and helped to promote golf as a fitness benefit, because when a round is walked, golfers routinely burn 700 calories or more in an outing that can cover up to six miles.

Moreover, the walking boom, propelled by the advent of lightweight, trendy carry bags and technologically sophisticated pushcarts for golf bags, is being advanced by a legion of young and older players—with an increasing percentage of them women—who hark back to golf’s roots as a walk-only activity, The Times reported.

There are also new modes of golf course transportation, such as the Phat Scooter, an electric two-wheel device, and four-wheel GolfBoards, that challenge the standard electric or gas golf cart, though they still offer golfers a ride. Robotic carts controlled by a remote can also carry your bag.

“The game is changing, which is something people once said golf would not do,” GolfNow’s Hainline told The Times. “But it’s different than it was a year ago and golf is going to be even more different two years from now.”

At the Bobby Jones Golf Course in Atlanta, walking rounds were usually relegated to undesirable late afternoon or evening tee times, The Timesreported. But spurred by a busy season of walking rounds during the pandemic when carts were prohibited, the course this year made all play before noon walking only (carts, and walkers, were allowed after noon). Revenue has increased and walking golfers now represent 74 percent of rounds played.

Winky Fowler plays regularly at the Bobby Jones course and used to ride in a cart. In the last 18 months, she and her circle of friends began walking instead, The Times reported.

“We were like, ‘This ain’t bad, I like this,’” Fowler said. “It keeps you limber, the exercise is great and your body feels fluid. We’re going to keep it up; it just makes you feel good.”

The increase in walking rounds — some golf courses have seen an upsurge of 300 percent — is traced to the pandemic and the impact it has had on leisure pursuits, The Times reported, with American golf facilities hosting 50 million more golf rounds in 2020 than they did in 2019. And during much of the year, because of strict physical distancing guidelines, motorized golf cart use was banned and walking became commonplace, even at country clubs and resorts that once required the use of a golf cart.

“People discovered they liked walking and even when COVID rules were lifted and carts came back, people were like, ‘No, we’re going to keep walking,’” said Jerramy Hainline, Senior Vice President of GolfNow, an online tee-time service with nearly four million registered golfers that provides technology to more than 9,000 golf courses. “Walking is now here to stay.”

The calorie burn would likely double over 18 holes, when a player typically zigzags across fairways chasing errant shots, The Times reported. There have been follow-up studies to the research by Wolkodoff, who said his findings have held up as accurate.

“Golf is not the same exercise as running or using an elliptical, but it’s got appeal as part of a health routine,” Wolkodoff, who has a Ph.D. in physiology and has trained a variety of professional athletes, told The Times. “People ought to expend 2,500 to 3,000 calories a week. If people go to the gym three times a week and play golf twice a week, they can hit that number.”

To read the full article, click here or visit clubandresortbusiness.com. 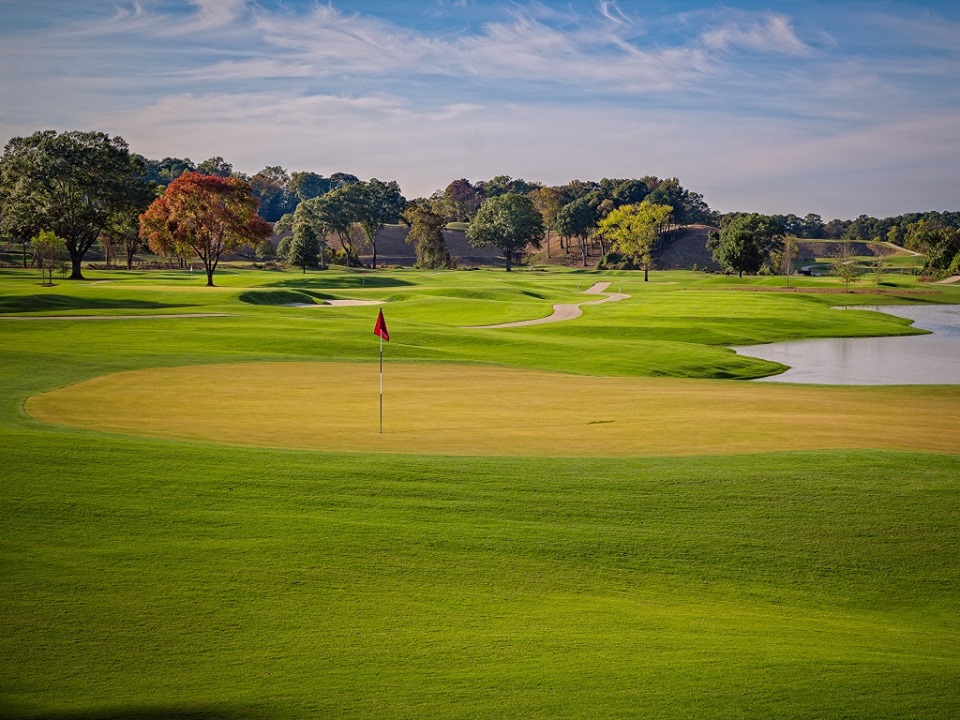