Boone’s restaurant will open for limited dine-in service in September inside the Murray Golf House at the public course in the city’s Buckhead section. The restaurant was designed as part of a project by students from the Savannah College of Art and Design and will feature the “upscale, new-American cuisine” of Executive Chef Austin Rocconi.

The restaurant, located inside the course’s Murray Golf House, was designed as part of a project by students from nearby Savannah College of Art and Design, Eater Atlanta reported. Named for Augusta businessman, philanthropist, and golfer Boone Knox, the restaurant, which will be open for lunch and dinner, Wednesdays through Sundays, will be run by the Bobby Jones Golf Course Foundation. Plans to serve brunch are “forthcoming,” Eater Atlanta reported, and reservations are “encouraged.”

Drinks at Boone’s will “lean into whiskey and bourbon,” Eater Atlanta reported, including a take on the “Bobby Jones cocktail,” made with Peach-infused bourbon. The bar is also expected to offer several local beers on tap and wines by the glass. 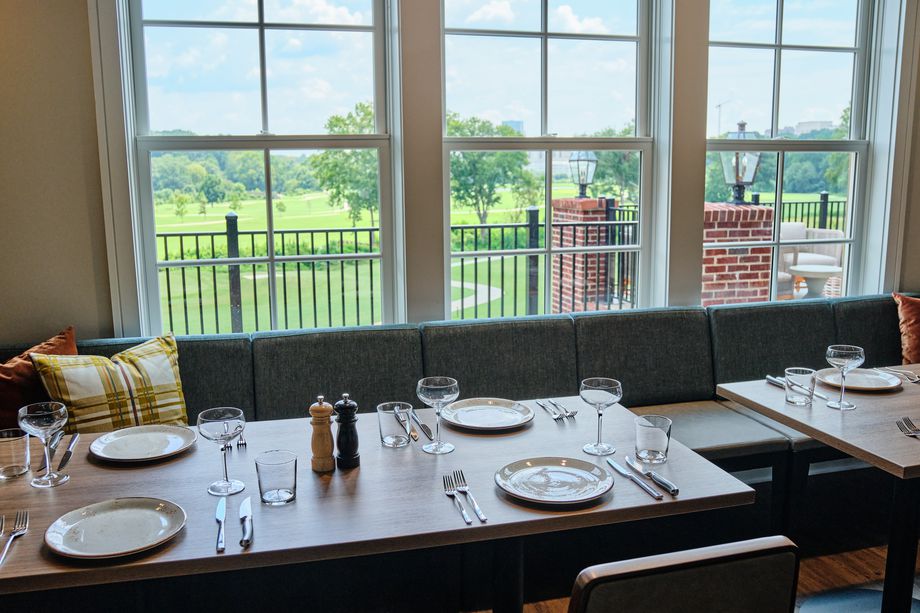