Bay Point GC Tournament Appeals to Golfers of All Abilities

Ryan Mulvey, PGA, had long felt that a stroke-play tournament for golfers of all abilities could be a draw. He jumped on the chance to prove it this year at the Panama City Beach, Fla. property.

Bringing together locals and vacationers, plus golfers of all abilities, for a golf tournament is something that Ryan Mulvey, PGA, General Manager of Bay Point Golf Club in Panama City Beach, Fla., had wanted to do for a while.

He finally got the chance and took advantage of the opportunity this summer after new ownership took over the property, where Mulvey had worked from 2014 until 2019 and then returned to in April. Forty-eight players in four flights took part in the inaugural PCB Golf Championship, which was held on Bay Point’s Nicklaus Course from July 31 to August 1.

“Our area is a huge vacation-tourism area, and we do a lot of charity scrambles,” says Mulvey. “But there aren’t a lot of stroke-play events in the Florida panhandle. We wanted to offer locals and vacationers a chance to play in a stroke-play tournament.”

The tournament had four flights—championship; open for people who didn’t want to play in the championship flight and didn’t qualify for the other flights; senior, for players age 55 and older; and “super senior,” for golfers age 65 and up.

The championship flight was a gross scoring event, which counted strokes only and did not include handicaps. Catering to other groups, the remaining flights featured gross and net scoring, which subtracts handicaps.

“You didn’t have to be a scratch golfer,” Mulvey says. “You just needed to play to your handicap.”

Bay Point, which holds 60 to 70 tournaments a year, started putting the PCB Golf Championship together on June 1st, and almost 50 people signed up in 45 days.

The property contacted the Georgia State Golf Association to recruit players by sending e-mails to everyone in its database. Bay Point also promoted the event through social media, e-blasts, publications, and radio spots.

The tournament drew a mix of locals and vacationers, and the amateur golfers ranged in age from 17 years old to their early 80s. Many players came from Georgia, Alabama, Tennessee, and Texas, and one even came from Minnesota to participate.

The $250 entry fee included a players reception, two rounds of golf, an optional practice round, lunch and drinks both days, tee gifts, prizes, and trophies.

Getting three event sponsors, including the Roofing & Reconstruction Contractors of America as the title sponsor, was key to the tournament’s success, Mulvey says. Lining them up early in the process helped to keep the entry fee affordable and gave the golfers “the biggest bang for their buck,” he notes.

The property was also able to donate $4,500 to the Folds of Honor Foundation, which provides scholarships to children and spouses of fallen and disabled military members. The Florida panhandle has a strong military presence, notes Mulvey, and Bay Point has worked with the organization previously to raise between $15,000 and $20,000.

A Plus for the Team

The tournament also gave Bay Point staff members a chance to showcase their skills. Bay Point’s chefs prepared food for the event, Mulvey says, and “the grounds crew had the golf course in fantastic shape.”

“It allowed the golf course to really show off our course-and-grounds team and see where the course stacks up against golfers of all ages and abilities,” he adds.

The winners of each flight received a $300 credit to use in the golf shop. “The gross winner in each flight got a pretty nice trophy,” Mulvey adds.

Bay Point’s Nicklaus course gets a lot of play from March through May and also September through November, Mulvey says, and he plans to have the PCB Golf Championship the same time next year, to once again fill in the gap.

“I want to do it during vacation season,” he says. “There are not many charity events during the summer. It was right before kids went back to school. It was the final hurrah of the summer.”

The timing also worked well because the maintenance staff started to aerate the golf course the day after the tournament ended.

“Next year we’ll be able to market further out—at least six months ahead of time,” notes Mulvey. “We do so many golf tournaments that we’re a pretty well-oiled machine.”

In addition, he says, the Panama City Beach Convention & Visitors Bureau plans to get involved next year to help market the event.

While Mulvey had hoped to have a female flight in this year’s tournament, no women signed up. Next year, however, the resort plans to contact competitive female golf organizations in the panhandle and capitalize on its relationship with Florida State University to attract women collegiate golfers. An earlier start with marketing efforts will help attract women as well, Mulvey believes.

A tournament with the same format could even help public facilities that are not located in a resort area introduce golfers to their properties, Mulvey believes. “The more you can do to draw people, the better,” he says.

Bay Point surveyed the tournament golfers on the first tee, asking them if they had played at the resort before. While 75% of them had played there previously, 25% were new to the course.

“All of the people who had never played here before came because of the tournament,” says Mulvey. 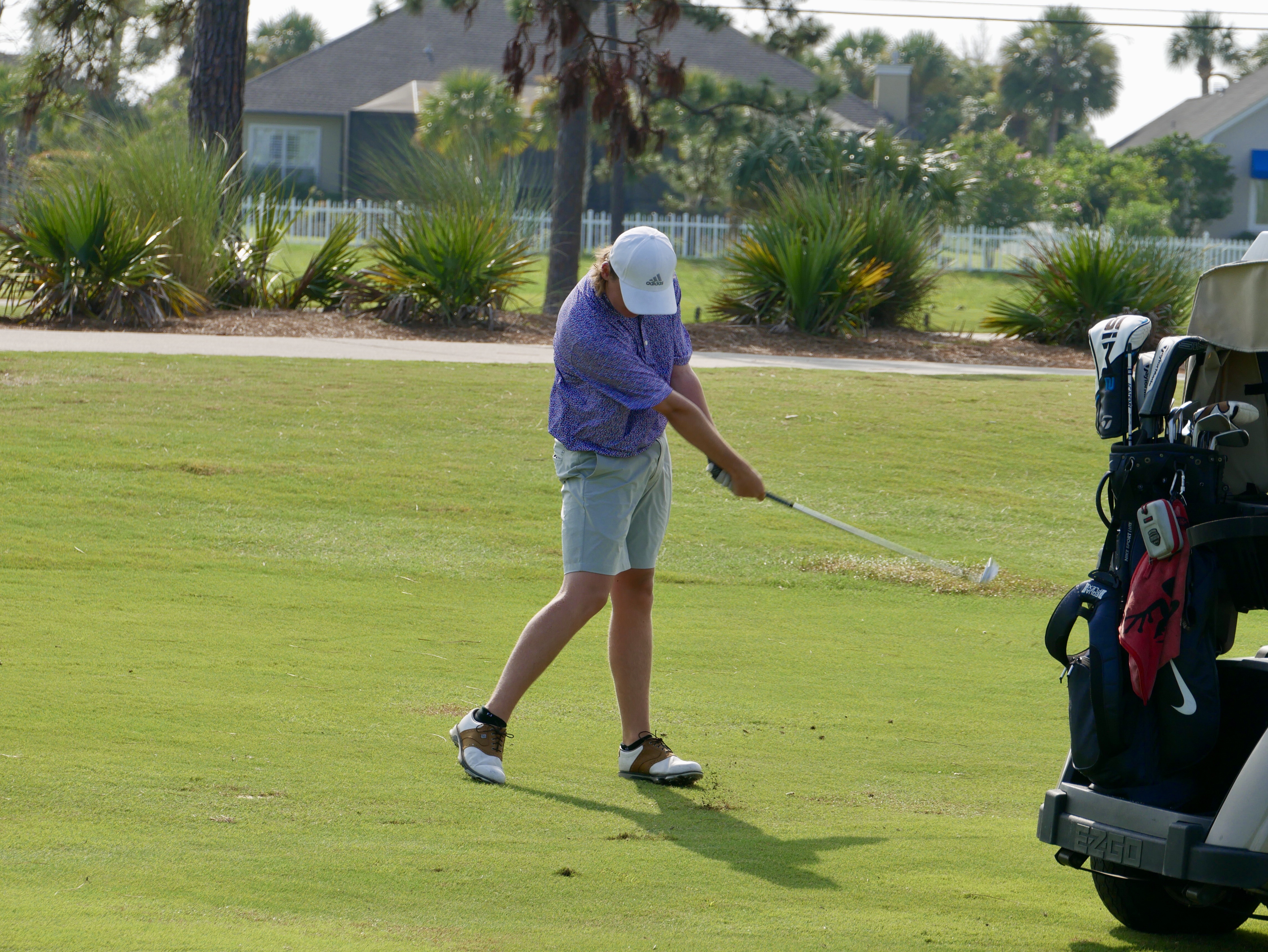 “It allowed the golf course to really show off our course-and-grounds team and see where the course stacks up against golfers of all ages and abilities,” - General Manager, Ryan Mulvey

“It allowed the golf course to really show off our course-and-grounds team and see where the course stacks up against golfers of all ages and abilities,” - General Manager, Ryan Mulvey