In March 2018, 18-year-old athlete Mak Yost attended his senior prom at Campbell High School on a Saturday. Two days later, Yost was rushed to the hospital for multiple strokes, where doctors diagnosed him with a brain arteriovenous malformation.

Now, three and a half years later, Yost has regained some of his mobility and is playing adaptive golf on Atlanta’s Bobby Jones Golf Course.

Yost had his stroke while in his high school weight room, where he says he remembers feeling dizzy. His teacher told him to get some water, but after returning to the weight room from getting water, Yost fell unconscious. Thankfully, his mother Faye Yost said, his lacrosse trainer, Sam Viola, and some close friends were nearby. Viola took immediate action, did a sternum rub and when he did not respond, she immediately called 911.

“Mak definitely did not have any health issues as far as we knew,” Faye Yost said. “So it was a shock for us. It was a shock.”

Upon arriving to Kennestone Hospital, Yost was immediately taken in for a CT scan and emergency brain surgery. Yost did not wake up for around 12 days, during which he was placed on a ventilator and feeding tube.

After three weeks in Kennestone’s intensive care unit, Yost was determined to be medically stable enough to be transferred to the Shepherd Center’s Acquired Brain Injury Unit. Within two hours of arriving at Shepherd, Yost was taken off the ventilator and would go on to complete five months of in-patient rehabilitation at Shepherd. Little did the family know that this was just the beginning of Yost’s rehabilitation journey.

Prior to his strokes, Yost was incredibly active, having lettered in lacrosse and tennis in high school. While he’s been working hard to regain functionality since his strokes, he still suffers from limited mobility and hemiparesis on his right side, and not being able to play sports is one of the things he says he misses most.

The adaptive golf clinic opened the Yosts’ eyes to the possibilities of Mak Yost being able to participate in a sport despite his challenges.

“His vision was very narrow once this injury happened as to what he could possibly become, or even do with his life,” Faye Yost said. “Truly, to see all these people making their way with their challenges and not even blinking an eye has helped Mak believe, ‘Hey, man. I’ve got this.’”

Yost began attending the clinics in March and began lessons in May with his instructor Orlando Rodriguez and growing more confident with every lesson. Rodriguez said it’s been inspiring watching Yost grow and progress.

“It’s been great,” Rodriguez said. “When he first started in March, he was very weak. Watching him progress from sitting in chair and being able to sit himself up and push off the ground...you can see him getting stronger and stronger.”

Rodriguez teaches adaptive golf to golfers with all kinds of different abilities, from paraplegics to veterans with post-traumatic stress disorder.

“To see somebody in this condition, attempting to be — let’s say normal — for that hour of the day, come out here enjoy the weather with everybody else on a driving range and swinging a golf club and hitting a ball is an accomplishment...and then see the reaction,” Rodriguez said. “Oh my God. It’s just very inspiring.”

“A big thing is that it’s therapy, but it really doesn’t feel like it and Bobby Jones has been so amazingly accommodating and welcoming for us,” Faye Yost said. “People have been amazing here and Orlando has the biggest heart.”

Even though speech may be one of his biggest challenges right now, Yost is currently pursuing a degree in exercise science from Georgia Southern. With dedication and tutoring, Yost has already aced his classes.

Faye Yost said they could not have made it to this point without the help of their family and friends.

“Our village has been behind us the whole way and we are so grateful for that,” Faye Yost said. “We have a sweet friend who still cooks for us every week. It is so incredible, as we head into year four, that we have so much love and support from our village. It brings me to happy tears knowing how much everyone continues to care for us.”

To see the article, visit mdjonline.com. 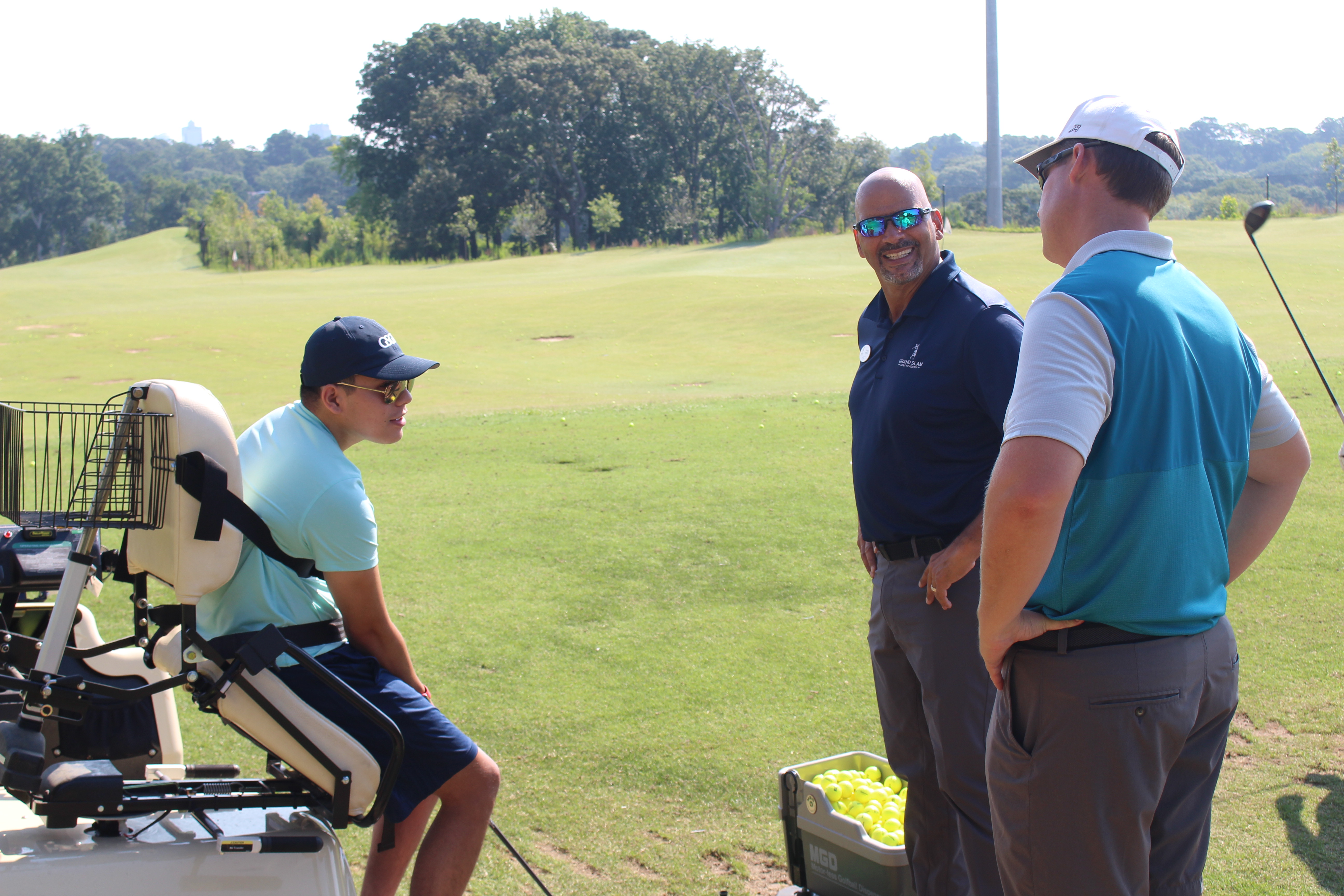 When he first started in March, he was very weak. Watching him progress from sitting in chair and being able to sit himself up and push off the ground...you can see him getting stronger and stronger. - Orlando Rodriguez

When he first started in March, he was very weak. Watching him progress from sitting in chair and being able to sit himself up and push off the ground...you can see him getting stronger and stronger. - Orlando Rodriguez