New Innovation with a Historical Start 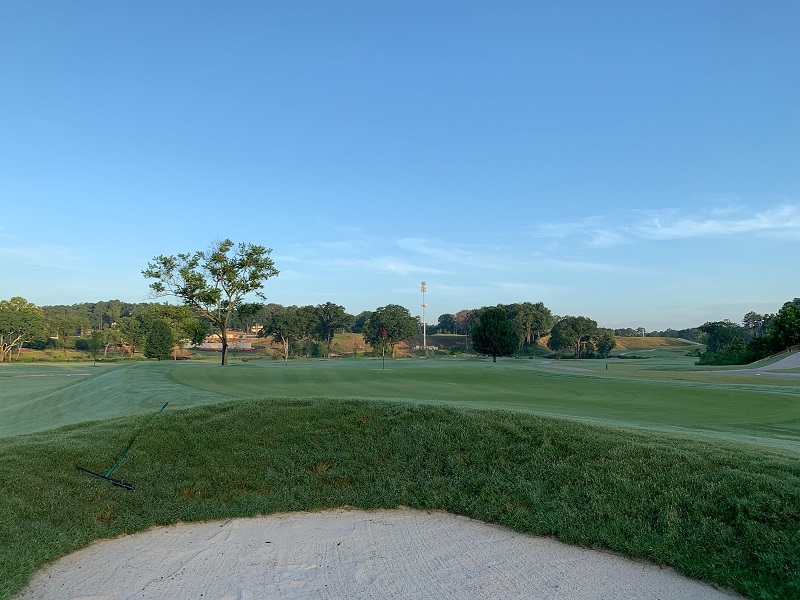 Besides being one of the most famous athletes in the Golden Age of sports, golf icon Bobby Jones also was recognized as one of the great innovators and entrepreneurs of his era. In some respects, what the forward-thinking World War II veteran accomplished off the course – designing a revolutionary matching set of irons for Spalding Golf Company in 1932 and creating/co-founding Augusta National and The Masters, for instance – are nearly as extraordinary as his Grand Slam-winning exploits.

When Mosaic Clubs partnered with the Jones family last December and formed Bobby Jones Links, the new golf operator set out to embrace the famed golfer’s character and entrepreneurial/inventive spirit. The Alpharetta, Georgia-based company (not far from Jones’ Atlanta roots), even officially describes itself as an organization “where history and innovation play.”

Nearly a century later, in a fashion that Jones himself would surely approve, the course boasts an assortment of technological advances from the state-of-the-art indoor instructional building that will be used as the home course for Georgia State University to the first fleet of Shark Experience golf carts in Georgia.

While many courses charge extra for the Shark Experience, allowing the ultimate in Bluetooth connectivity, GPS yardage info and other digital-driven entertainment features, the carts are complimentary at Bobby Jones. Meanwhile, the historic layout will continue to serve as a test facility for new equipment and industry technology with the goal of sharing golf and the Bobby Jones story with the greater Atlanta community and the entire state.